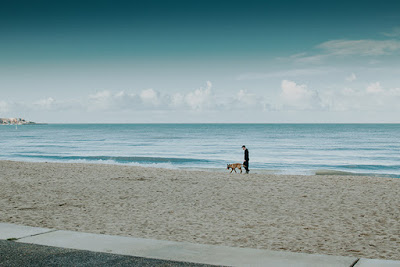 Those four little words are among the most devastating a pet owner can ever hear. Many of us love our pets like children and we don’t want to see them suffer or live in pain. The rates of cancer in dogs are similar to the rates of cancer in humans and it has been estimated that between 800-900 out of every 100,000 dogs will develop cancer in their lifetime. The rate of cancer in cats is slightly less than this, but cancer is still responsible for 32% of all causes of death in cats. 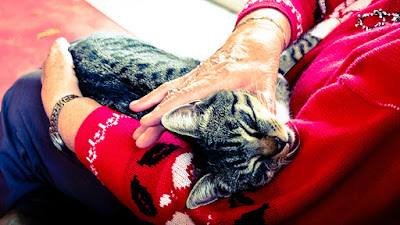 This article aims to provide an outline of the most common types of cancer in dogs and cats, some of the symptoms of each type and other symptoms to be on the lookout for. It also explores treatment options, causes of cancer in pets and things that you as a pet owner can do to reduce your pet’s risk of developing cancer. 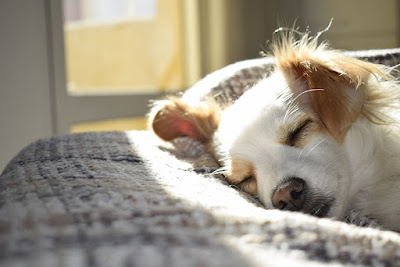 Common Types of Cancer in Dogs & their Symptoms

Mast Cell Tumours – Mast Cell Tumours are a form of skin cancer which often appears as a lump but can affect the internal organs as well although it doesn’t often cause death; certain breeds are more likely to develop including golden retrievers, Labrador retrievers, Boston terriers, boxers, and pugs; typically affects middle-aged and older dogs. 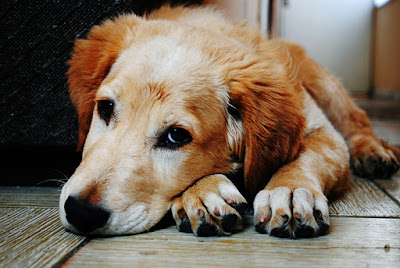 Melanoma – Just like humans, dogs can get melanoma as well. It typically presents as a brown or very dark spot in or around a dog’s mouth but can also be pink or multi-coloured. Dog’s can also develop a melanoma of their nailbed and it can also be found on parts of the body that have hair. It is most commonly seen in dogs over 10 years of age and miniature poodles, cocker spaniels, chows and golden retrievers are the most likely breeds to be affected by melanoma.

Lymphoma – Lymphoma is a cancer of a type of white blood cell and is commonly found in lymph nodes, and other organs that contain lymph tissue such as the spleen, liver, gastrointestinal tract and bone marrow. There are over 30 types of lymphoma that can be found in dogs, all with differing symptoms depending on the location of the cancer, some will cause the lymph nodes to become swollen, others will cause vomiting and diarrhoea. 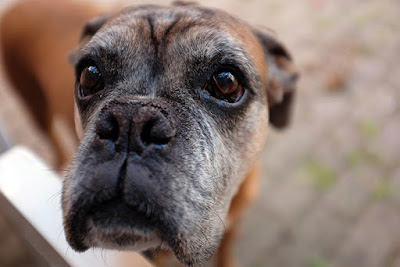 Osteosarcoma (bone cancer) – Osteosarcoma is the most common type of bone tumour found in dogs and primarily affects the limbs but can also develop in the skull, spine and ribs. Older, larger and giant breeds of dogs such as Greyhounds, Great Dane, Mastiffs, Irish Wolfhounds, Dobermanns and Rottweilers are particularly prone to developing osteosarcoma and they may develop tumours at a younger age than other breeds. Swelling, lameness, a loss of appetite, reduced levels of activity are all symptoms that a dog may exhibit if they have an osteosarcoma. Osteosarcomas can be very painful, so watch for signs your dog may be in pain such as restlessness and other behavioural changes.

Hemangiosarcoma – Hemangiosarcoma develops from the cells that create blood vessels and it can affect the spleen, liver, heart and skin. Sunlight can cause hemangiosarcoma to develop on belly skin, the inner thighs and eyelids of dogs that have pale or pink skin and thin fur. Hemangiosarcoma typically affects middle-aged to older dogs and German Shepherds, Golden Retrievers and Labrador Retrievers are more susceptible than other breeds. Symptoms vary according to the location of the hemangiosarcoma and can include the formation of a bump or swelling under the skin, unexplained weight loss, decreased appetite, swelling of the belly, lethargy, a cough and pale gums. 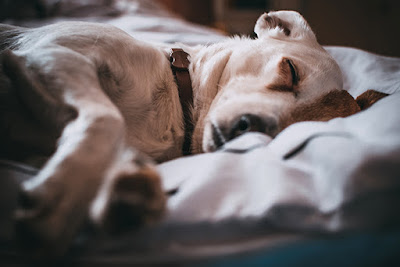 Common Types of Cancer in Cats & their Symptoms

Lymphoma - Lymphoma is a cancer of a type of white blood cell and is commonly found in lymph nodes, and other organs that contain lymph tissue such as the spleen, liver, gastrointestinal tract and kidneys. Cats between the ages of 2 and 6 are commonly affected by lymphoma but it can affect cats of any age. Before the Feline Leukemia Virus (FeLV) vaccine was developed, FeLV was the leading cause of lymphoma in cats. Again, the symptoms of lymphoma can be varied but often include abnormal swelling, weight loss and a difficulty eating or swallowing. 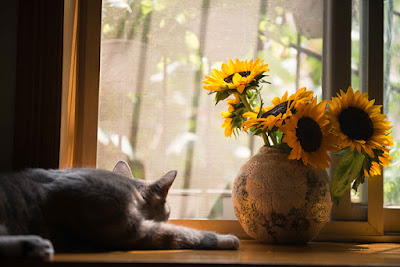 Squamous Cell Carcinoma (skin cancer) – Squamous cell carcinoma's often appears on a cat’s nose, the tips of their ears and their eyelids. It is commonly caused by excessive sun exposure and cats with white fur or very light skin are at a greater risk of developing squamous cell carcinoma. SCC’s can be painful and often appear as a raised, reddened area or can look like a cauliflower-like growth or deep sore.

Fibrosarcoma – Fibrosarcoma is a cancer of the soft, fibrous and connective tissues. It can occur anywhere on a cat but commonly affects the skin and presents as skin mass with no signs of pain or discomfort. 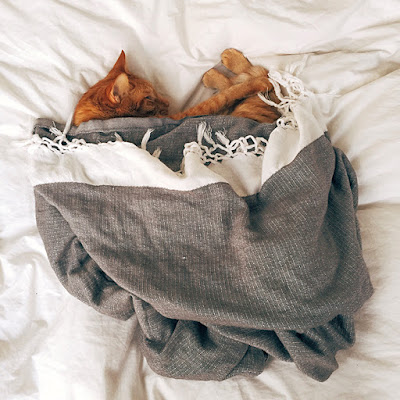 Mammary (breast) cancer – Mammary cancer is the third most common type of feline cancer which affects the mammary glands and is most commonly found in cats over 10 years of age. A small lump just beneath or next to a nipple is often the first sign of mammary cancer which can spread to other areas of the body such as the lymph nodes, liver or kidneys. Siamese cats have twice the risk of developing mammary cancer compared to other breeds of cat.

Other symptoms such as pain, fever, anaemia, drinking too much water, producing excessive urine, and ravenous appetite may also be signs of cancer in cats, depending on the type of tumour and the effects it has on the body. 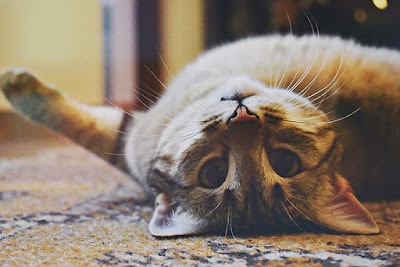 Causes of Cancer in Pets

There are a number of known carcinogens that may contribute to the development of cancer in pets including ultraviolet radiation from excessive exposure to the sun; second-hand cigarette smoke; a variety of herbicides, insecticides, and pesticides used in agriculture; and air pollution and smog in urban areas. Other common substances that are identified carcinogens include nickel, uranium, benzidene, benzene, radon, vinyl chloride, cadmium, and asbestos. 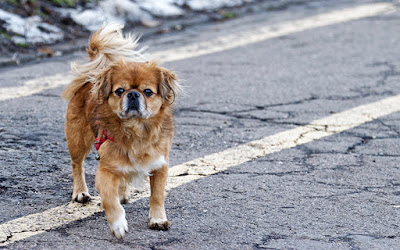 Just as in humans, the type of cancer, as well as the location and staging of the cancer and your pet's prognosis all play a role in determining the type of treatment that your pet will receive.

Surgery remains one of the most common treatments to remove a lump or limb to prevent the spread of cancer cells to other parts of the body. Surgery is often combined with radiation therapy or chemotherapy to kill any cells that remain after the tumour has been physically removed. Dogs generally tolerate chemotherapy quite well and they don’t lose their fur. 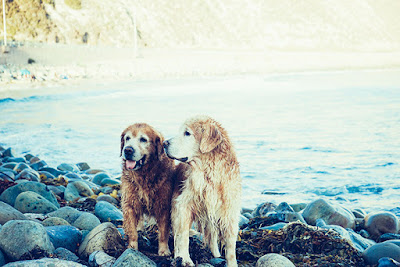 Other treatments for cancer include immunotherapy which involves injecting your pet with an anti-cancer vaccine to strengthen their immune system and stem cell transplants which are common in pets with blood cancers (leukemia). Your vet may also suggest that your pet might be suitable to partake in a clinical trial of a new medication that has been shown in earlier studies to be useful at treating the type of cancer your pet has.

How Can I Reduce My Pets Chance of Developing Cancer?

While some risk factors such as breed type and genetics are unavoidable, there are a number of things you as a pet owner can do to reduce your pet’s risk of developing cancer. 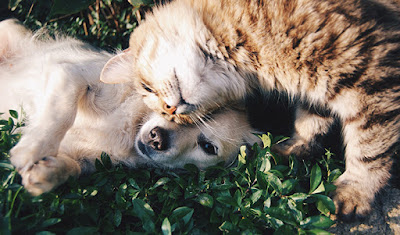 Female dogs and cats that have not been spayed before they first come on heat can be up to 200 times more likely to develop mammary cancer than those who are not spayed until they are 12 months of age or older. And neutering your male cat or dog completely eliminates their risk of developing testicular cancer.

Feeding your pet a quality and nutritionally appropriate diet gives your pet’s body the best chance at fighting off both cancer and other diseases. 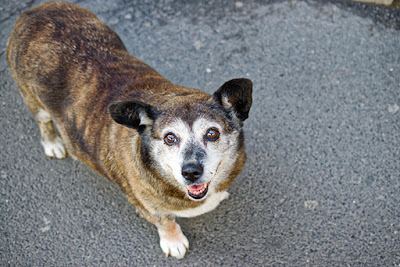 Limiting the amount of time your dog spends in direct sunlight will also reduce their risk of developing skin cancers such as squamous cell carcinoma and you should never smoke around your pets.

Regular vet visits that include a thorough a physical examination are important, especially for older dogs. The earlier a cancer is detected, the better the chance is that treatment will be able to successfully eliminate the cancer completely. 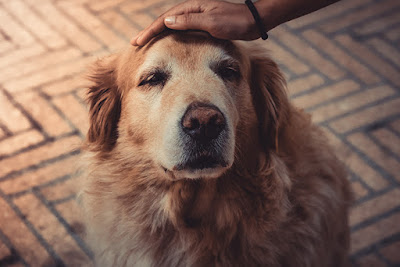 A cancer diagnosis isn’t necessarily a death sentence anymore. Dogs share over 80% of their genome with humans meaning that human treatments for cancer are often successful for dogs and scientific advancements mean that more and more treatments are successfully eliminating cancer completely. Treatment for pets that have a limited life expectancy may extend their life for a number of years and should be considered against your pet’s quality of life. As always, your pet’s veterinarian is the best person to discuss treatment options with. There are even specialist veterinary oncologists who exclusively treat pets with cancer that you may wish to seek out to provide specialised care for your pet.