6 Ways You're Confusing Your Dog

Imagine yourself in an unfamiliar country where you don't understand the language or know the customs. Isn't that a bit like being a dog in the human world? Truth be told, dogs have an incredible capacity to understand humans. More so than humans are at understanding canines. Still, many of your words and actions may cause confusion, from misusing your dog's name to mixing up cues. Keep reading to find out six ways you might be confusing your pet. 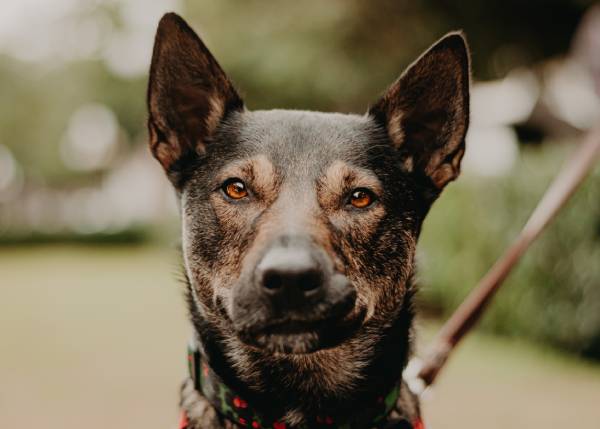 Your dog will be able to recognize and remember familiar words and phrases over time. In fact, the Border Collie Chaser knew more than 1,000 words! Knowing words, however, is not the same as understanding language. There are many examples of words in English that mean the same thing, such as leap, jump, and hop. These words may be interchangeable for you, but not for your dog. As an example, if you're teaching them agility, choose one word as your cue and stick with it. Your dog will only become confused and it will slow down the learning process if you use multiple cues for the same behavior.

A cue used for multiple behaviors can be equally confusing. As an example, if you use "down" to get your dog to lie on the floor, you can’t also use the command “down” to mean “get off the couch". That will be very confusing for your dog if they are lying on the furniture. Instead, select a single and distinct cue for each behavior and use it consistently. Encourage everyone in your household to participate so your dog gets a consistent message instead of mixed ones. 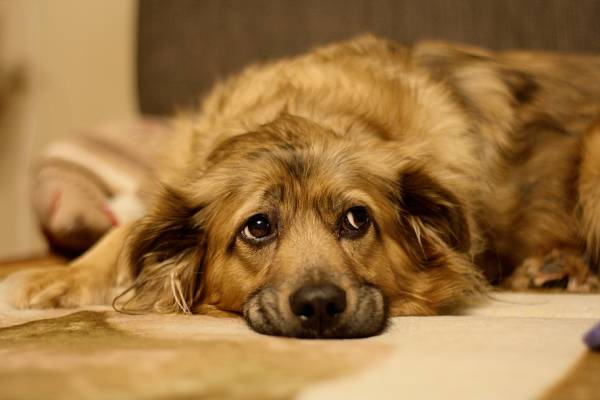 Every now and then, we all break the rules, like cheating on a diet. Dogs, however, are accustomed to routine and become confused when things change. When training your dog not to jump on people, you cannot allow them to jump. If you allow your dog to jump up on you when you are wearing jeans, but not when you are wearing work clothes, your dog will become confused because they don't understand there is a difference. In addition, it is stressful and unfair since your dog will never know when their actions are welcomed and when they are not. You should set boundaries and make sure everyone in the household adheres to them if you want to avoid confusion. 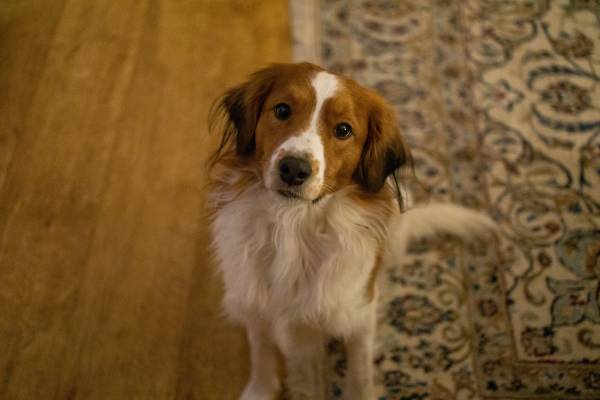 Despite the fact that dogs are self-aware, it's unlikely that they think of their name as part of their identity. To a dog, their name means “my human’s attention is directed at me.” It's a way of first getting your dog's attention so that they know that the next words you speak are meant for them. Therefore, overusing your dog's name may cause it to become meaningless to them as it is just another bit of background human chatter. Using your dog's name when you scold them or when you are performing something your dog doesn't enjoy such as a nail trim, your dog will readily form a negative view of their name. Then, the next time you use their name, they will run away and hide, and not prick up their ears and pay attention to you.

It is also recommended that you avoid choosing a name for your dog that might sound close to a cue word. An example of this is the name Sid might sound a bit too much like sit. Recent research has examined the word processing abilities of dogs and found that while dogs can tell the difference between cues and nonsense words, when words sound similar to cues, dogs can become confused. So, pick a distinct sounding name for your dog, teach your dog that using their name means rewards or that they are having a positive experience, and then only use your dog's name when you want their attention. 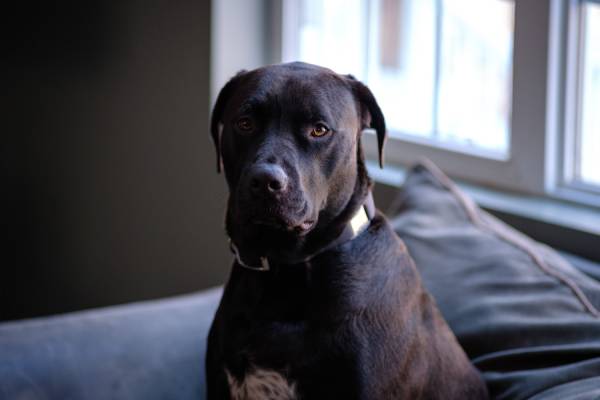 Frustratingly, dogs don't speak human. You are wasting your time if you are lecturing them about why you don't want them to chew your shoes or scolding them. It is a bit like trying to reason with a baby; they just won't get it. And yelling only adds to any uncertainty your dog will feel. If you yell, your dog will know you are worked up about something, but they won't know exactly what has bothered you so much. Shouting at your dog can also frighten them, causing them anxiety and to become fearful of you, eroding your bond. This will cause your dog to hide next time they are engaging in naughty behavior like chewing on your favorite pair of shoes.

Also, many dog behaviors that people think are problematic, are just regular doggy behaviors. This includes things like digging in the garden or drinking out of the toilet. Punishing your dog for instinctive behaviors is incredibly confusing. A better option is to redirect this behavior and teach your dog what you want them to do instead of the problematic behavior. Then the next time your dog engages in this preferred behavior, encourage them with positive reinforcement. 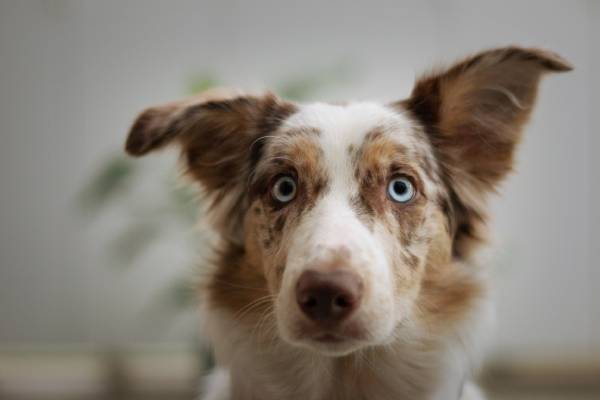 If you catch your dog in the act of unwelcome behaviors such as chewing on your couch, you should interrupt them and redirect them to a more appropriate behavior, such as chewing on a rope toy. But what if you arrive home after a long day of work, only to discover your couch appears to have exploded? Your first reaction is probably to scold your dog. However, this is only going to confuse your dog who will think they are being punished for what they were doing right before you started yelling at them, not what they were doing five, or even 60 minutes ago. All your dog will learn from their experience of being punished, is that you can sometimes get mad at them for seemingly no reason. 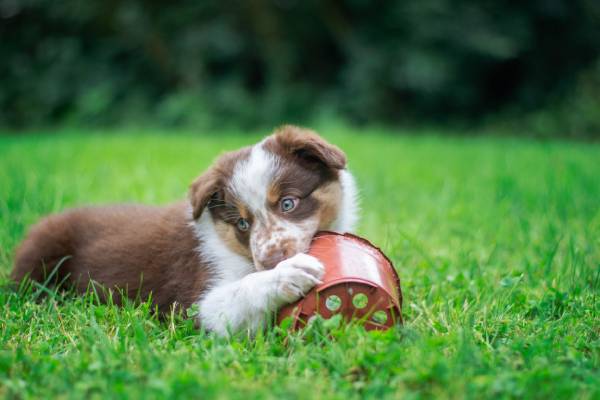 Dogs are able to understand that there is a connection between their behaviors and the consequences they face. They will happily engage in good behaviors, such as sitting on command, if they know they are going to get a treat. So, what happens if they engage in a good behavior, but their reward is not something they enjoy? As an example, you call your dog and then bundle them into the car and take them to the vet or give them a bath. Without that positive reward for their good behavior, your dog is less likely to respond positively to your commands next time. Always follow your recall cue with a high value reward. The same rule should apply to your other cues also. For example, when you command your dog to “drop” something they shouldn’t be chewing, replace that item with a reward such as a treat stick or their favorite toy.

While dogs do want to please their owners, they also have their own interests and instincts driving their decisions. It is unrealistic to expect your dog to always do what you ask, just because you said so. Teach your dog that they will be well rewarded if they pay attention to you and engage in good behaviors. Reinforce these good behaviors with positive consequences. Keep your dog happy by sticking to the rules, using cues consistently and utilizing positive training.

Get Your Instant $5 Coupon

Sign up today for free and be the first to get exclusive emails, discounts, pet health advice and more! Plus you'll receive a $5 instant coupon. Offer is available to new customers only. Coupon code is one use only.